Some yard-bound dogs along our route start barking like mad long before I can see them. I wondered today, can they tell we're approaching by the smell or by the sound of our ten feet?

In Vasily Grossman's second world war novel Life and Fate there is a striking dialogue between two Russian defenders of Stalingrad. Amid the rubble they saved a kitten. He is wounded and slowly dying. The two discuss animals at war.


'I don't know', Katya said. 'Take dogs, for example – they can tell different planes apart. When we were stationed in the village, there was a mongrel called Curzon. When our ILs flew over, he just lay there without even raising his head. But as soon as he heard the whine of Junkers, he went straight to his hiding-place. He never once made a mistake.'
...
A burst of machine-gun fire whistled over their heads, then another.
'This spring we were stationed near Sviatogorsk,' Lyakhov told her. 'Once there was a terrible whistling right over our heads, but we couldn't hear any shots. We didn't know what on earth was happening. It turned out to be the starlings imitating bullets... The lieutenant had even put us on alert – they did it perfectly.' 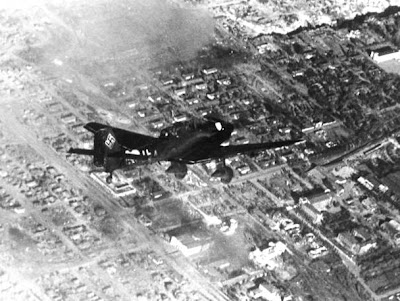