Of slashing rain and love for dentists 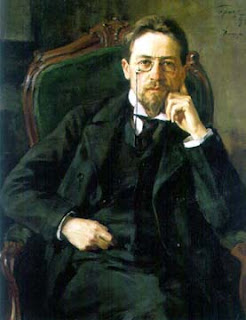 Slashing rain and wind, can't hear, can't see, soaked to bones...
After the first mile thought of turning back, but decided it's 'not cool' and ploughed on.
How good it was to come back and get into the hot shower. And dogs had a well rub-over with a towel.

I know people laugh at 'Polyanna complex' - seeing only the good side in whatever happens to them or around them. But she had a point. I know, I have three children and as a father I thought it was my duty to watch 'Polyanna' a good dozen times and read the book as well, first with my older daughter about 20 years ago, and a few years ago all over again with my two younger ones. Polyanna's attitude wasn't as naff as it appears through caricaturised references.

Chekhov once confessed to his love of dentists. But why? he was asked. 'It's awful when you have a toothache', he said. 'But it feels so wonderful after you've had your tooth pulled out'.

I suspect the Monty Python lot, the highly educated British satirists, took a cue from Chekhov when they composed 'Always look on the bright side of things'...

Bad weather can't stop you from having a good run.